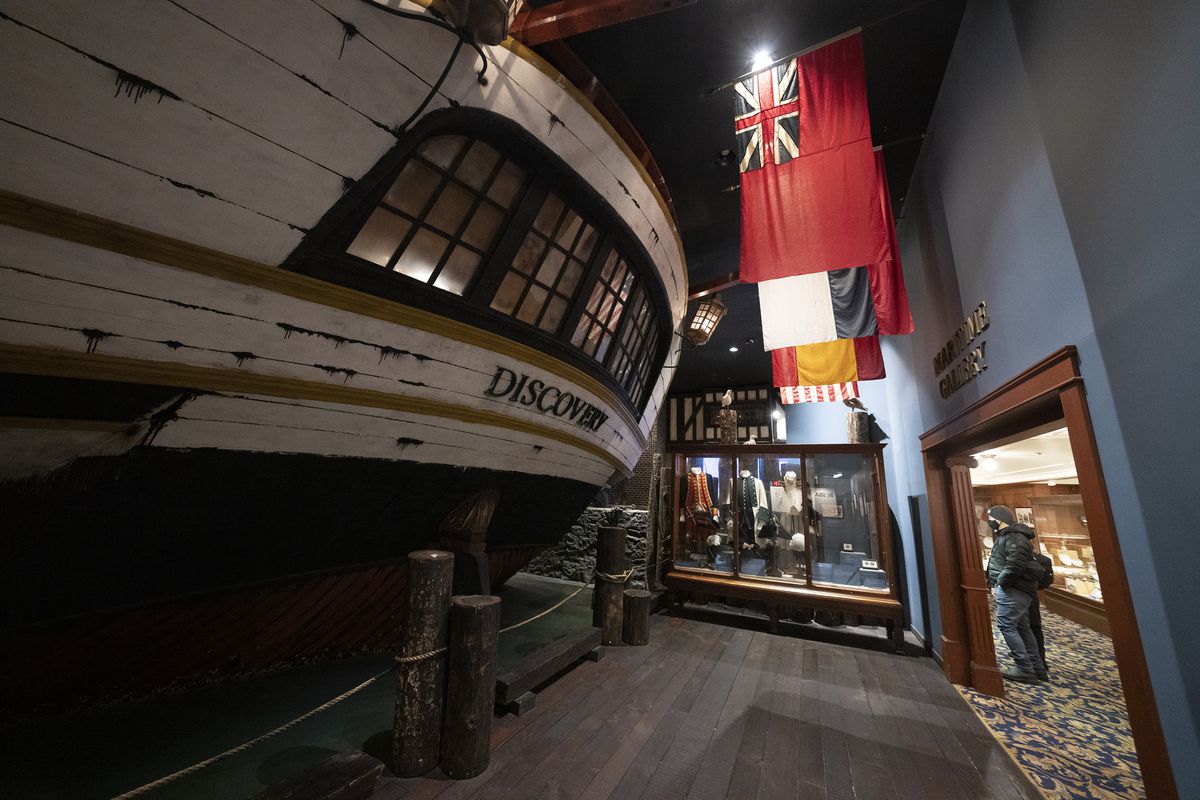 BC government presents business case for spending $789.5 million to rebuild the Royal BC Museum

The BC government has presented a business case for a new Royal BC Museum, which shows that the $789.5 million cost of building a new museum on the current site in Victoria would be less than that of repairing or upgrading existing facilities. Replacing the museum at its current site was deemed the most effective option as the government moves to modernize the provincial museum, its structures and the stories it tells.

“I understand that this investment is a lot of money,” Culture Minister Melanie Mark told reporters at a press briefing. “But we’re just not going to take this project on the road. We don’t want to take the risk of destroying our culture, our collective history.

The business case, released Wednesday, shows $550 million for construction and an additional $239.5 million for other costs such as demolition, project management and insurance. That compares to 2018 estimates of $979 million to revitalize the current museum or $1.13 billion to make repairs — two options that were later rejected.

It also establishes a timetable. Packing of some seven million artifacts is to begin this year, and the contents will be moved to temporary storage in Saanich, British Columbia. The archives will go to a new storage facility in Colwood, British Columbia, which is expected to be completed in 2025.

The timeline shows that hazmat removal and demolition is scheduled to begin in February 2024 – several months before the next provincial election, which is expected to take place in October. BC Liberal Leader Kevin Falcon said he would cancel the project if elected.

Construction is estimated to take four years. The new museum is expected to open in 2030.

The plan was approved in March and publicly announced on May 13, with immediate and often intense public reactions. The cost has been criticized – especially at a time when many people are facing economic challenges – as has the closure of the museum for eight years.

“The ad didn’t land as I had hoped,” Ms. Mark admitted to reporters. But she said she believed that once people understood the information presented in the plan, the project to replace the 55-year-old museum would have greater support.

“The building was built in 1967. It is in danger. I cannot stress this enough. There is a cost to doing nothing,” she said.

BC Green Party MPP Adam Olsen said that despite being grateful to finally see a business case, it has been a public relations disaster. “At a time when British Columbians are grappling with an affordability crisis, the government has chosen to build the most expensive museum ever built in Canada,” he said in a statement.

Mr Falcon, in a statement, called the new museum a deaf vanity project and said the business case did not justify “such a disconnected expense”.

The business case outlines the shortcomings of the current museum, including the fact that it poses an earthquake hazard to visitors, staff, collections and exhibits. The building contains hazardous materials such as asbestos, lead, mercury and arsenic.

The document warns that the museum faces a significant risk of flooding due to outdated local water main, storm and sanitary lines that could fail during a seismic event or other natural disasters, such as the flood last November. He cites the catastrophic fires at the National Museum of Brazil and Notre Dame Cathedral in Paris.

It also says space and HVAC systems – essential for attracting traveling exhibits – are inadequate. Currently, only 1% of the museum’s collection can be exhibited. The new facility is to have 26% more space, although staff were unable to say what part of the collection will be able to be displayed there.

Substandard loading docks and hoists led to difficulties in running traveling exhibitions in Victoria. For example, a Royal Ontario Museum whale exhibit was unable to travel to the RBCM because the blue whale skull could not fit into the elevator.

And when the RBCM presented an exhibit on dinosaurs from the New York Museum of Natural History, the entrance doors and glass panels on the second floor had to be removed to bring an artifact inside.

The building has also made some repatriation efforts more difficult – by removing a totem pole, for example. The design of the new museum will include ceremonial spaces and will be created with Indigenous collaboration.

Going back to 2018, five options were explored regarding what to do with the museum, ranging from status quo to repairing or expanding the current museum, or building a new facility – on site or elsewhere. . The government team examined 34 potential sites.

Along the way, they considered adding other elements to the project, including a hotel, office tower, ground-floor shops and restaurants. Ultimately, these were deemed non-essential to the museum’s purposes. A daycare center was also considered and ruled out.

Excellence in design will be key to the project, officials stressed, saying they hoped to attract international architectural interest. Three teams will be selected to compete.

Ms Mark said staff have been working on this proposal for five years and the need to modernize the museum has been demonstrated and made public.

The business case calls for other sources of funding, including philanthropic donations, but the expected amount is redacted from the document made public, along with other figures and information.

Although Ms. Mark acknowledged that the pandemic, inflation and other factors are creating financial hardship for British Columbians, she would not accept the idea that people disagreed with this project.

“Ultimately, we will have a state-of-the-art facility built for the 21st century.”

Ryan Hunt, executive director of the BC Museums Association, applauds the plan.

“This is an unprecedented investment not only in cultural infrastructure in Victoria, but also in British Columbia. One that comes after many, many years of British Columbia not prioritizing cultural investment. So I think that’s exciting news,” he said in an interview.

Asked about the criticism facing the provincial government, Hunt said he believed governments could do more than one thing at a time; they can invest in culture, while prioritizing pandemic recovery, affordable housing and access to healthcare.

“I am an abundance thinker. And I really think it’s exciting that the government is prioritizing cultural spending, among all the other necessary spending that it’s trying to prioritize.

With a report by Xiao Xu

We have a weekly Western Canada newsletter written by our British Columbia and Alberta bureau chiefs, providing a comprehensive package of news you need to know about the region and its place in the issues facing Canada confronted with. register today.