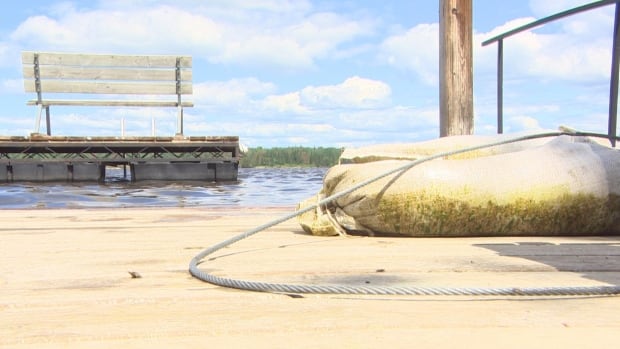 Businesses in North Whiteshell welcome back customers after record flooding

Business owners at Whiteshell Provincial Park are trying to return to normal weeks after receiving evacuation orders amid record flooding in the area.

The floods caused significant damage, leading to lost revenue for businesses already affected by a wet spring and delayed summer.

DJ Seales, owner of the Barrier Bay complex and president of the North Whiteshell Business Association, said the last few weeks of closure could cost surrounding businesses hundreds of thousands of dollars to repair.

“I know of a property, a complex, their damage is in the millions,” he said.

DJ, who has frequented North Whiteshell for about 40 years, says he’s never seen the water rise as high and as fast as it did last spring.

“If an extended period of hot, dry weather develops in the catchment, the level could reach the normal operating range by mid-August,” the control board wrote. However, if wet conditions persist, the water will take longer to recede.

Flooding swamped beaches and hiking trails in northern Whiteshell, DJ said, prompting cancellations for resorts. And resorts with more attractions, such as restaurants and shops, have been hit harder by flooding, he said.

“As soon as you get water in, you have to do some remedial action. You have to get the mold out… It’s an important process to get it back to a safe state,” he said.

The community huddled together during the flood, but the damage cannot be fully assessed until the water recedes, according to DJ.

The water level has dropped an inch a night, he said.

“We’re glad it’s going down,” he said. “But then begins the ‘What’s going on? Where’s the erosion? What’s been damaged? What do we need to fix?’ All of that. It’s good that it’s going down, but it’s just getting into another stage of what to do.”

He advises those visiting Whiteshell to have compassion for the staff, who try to make the tourist experience the best it can be.

The pandemic has not helped the situation either. Lumber and contractors were already expensive before the pandemic, says DJ, but inflation and supply shortages have only intensified those costs.

Erica Seales, co-owner of the Barrier Bay resort, says the situation is frustrating for everyone, especially because of the pandemic.

“People want to get back to normal, they want to get their lives back, and Manitobans are really looking forward to summer,” she said.

According to Erica, customer traffic in Barrier Bay has not returned to expected levels at this time of year. She said while it was good to see guests back at the resort on Canada Day, their presence was missed during the May long weekend.

“But it still feels like a slow start. It’s really slow.”