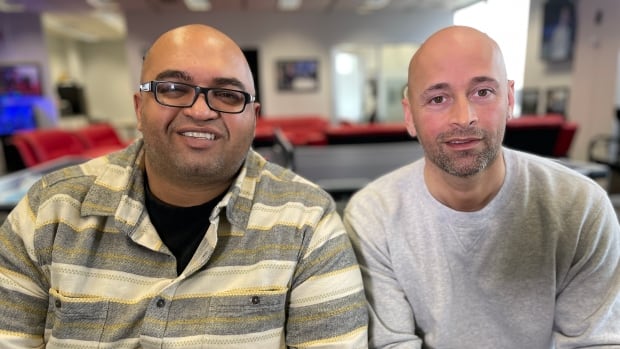 The founders of a job fair for people with autism don’t just want to find careers for an untapped workforce – they also hope employers will realize that these highly skilled job seekers can help solve a national labor shortage.

“People with autism are very capable of working and are some of the best employees,” said Neil Forester, who along with business partner Xavier Pinto created the Spectrum Works job fair which took place on Friday.

Now in its sixth year, the job fair has grown from 150 attendees to nearly 2,000 autistic job seekers, all seeking to connect with recruiters and hiring managers at leading tech, finance, hospitality and retail across the country. Although held in different cities, the job fair was a virtual event this year and last.

Getting companies to participate, however, has been a struggle.

Of the 10,000 employers Forester and his team have contacted over the past six years, only 40 companies attended this year’s job fair.

“Most of the time we don’t get any response,” Forester said.

The fair’s creators say they understand there’s a wide range of abilities across the autism spectrum, and while not everyone with autism may be employable, Forester and Pinto believe a large part of this community can and wants to work.

And Forester wonders why more employers aren’t turning to this pool of neurodiverse talent to help solve the labor shortages that so many companies are experiencing.

In the last quarter of 2021, Canadian employers were looking to fill 915,500 jobs, up 63% from the previous year, according to Statistics Canada.

And with the current unemployment rate so low, “virtually all industries are facing labor shortages,” Royal Bank economist Nathan Janzen wrote in an economic update this week.

Even with the demand for workers, barriers to employment remain for Canadians with autism.

Data compiled by the Public Health Agency of Canada found that in 2017, only 33% of Canadian adults with autism reported having a job, compared to 79% of adults without disabilities.

Forester said he didn’t know how few neurodiverse employees there were in the workforce until he started the job fair.

Javier Herrera is one of the few Canadians with a job and living with autism.

He attended the Spectrum Works job fair last year and got a job offer.

“It was overall a very positive experience. I met not only with recruiters, but also with other facilitators, coaches, government agencies, non-profit organizations, etc.,” said Herrera, who now works as a business systems analyst for a Vancouver-based insurance company.

Herrera is encouraged that some employers are deliberately looking for people with autism, but he believes that “as a society, we are still taking small steps” to attract more neurodiverse people into the workforce.

That said, some companies are specifically tapping into this talent pool, including two of the so-called “big four” accounting firms.

Over the past few years, Ernst & Young has made great strides in diversifying its hiring strategy.

The multinational launched the Center of Excellence in Neurodiversity in Toronto in November 2020, with the aim of recruiting employees with autism, ADHD or other sensory and cognitive disorders.

“We’re dying for talent as an organization,” said Anthony Rjeily, partner at Ernst & Young and national head of the firm’s neurodiversity program. “So we wanted to see if there was a talent pool that we could potentially tap into.”

Since launching the program, the company has recruited 45 neurodiverse employees across its offices in Toronto, Vancouver, Halifax and Montreal — and plans to expand recruitment to other cities.

Rjeily said the initiative has more than paid off, noting that the retention rate among neurodiverse candidates the company has hired is 98%.

“The level of creativity, innovation, productivity that they are able to deliver is amazing,” he said.

Mohit Verma was one of the first people hired by Ernst & Young in 2020 under the Neurodiversity Recruitment Program.

“At EY, my work revolves around certain sub-skills such as automation, data science and to some extent blockchain,” Mohit said in an interview with CBC News. “So far, I’ve been involved in five or six main projects.”

Deloitte Canada is another company looking to hire neurodivers.

To better understand the workplace barriers and needs of neurodiverse workers, the accounting giant partnered with Auticon Canada, a global technology consulting firm that employs people with autism, and recently conducted a survey with Deloitte. on the needs of employees with autism. could be.

The poll, “Embracing Neurodiversity in the Workplace: How Canadians with Autism Can Help Employers Fill the Talent Gap,” was conducted between July and October 2021. It included 454 autistic respondents who completed the survey online, just as seven companies that had neurodiversity in their workforce were interviewed via videoconference.

In their survey, they found that 41.7% of respondents were underemployed, meaning they worked part-time, on contract or on a temporary basis or held jobs that were “below their educational abilities,” said Roland Labuhn, partner at Deloitte Canada.

One of the most telling findings was that the hiring process itself can be a major hurdle, as 40% of respondents said the job interview was a “big challenge” for them.

“The people we interviewed felt the interview was tricky or scary,” said Labuhn, who fears the typical job interview process could weed out some highly qualified applicants with autism.

In an effort to improve both recruitment and retention of neurodiverse workers, companies like Deloitte and Ernst & Young are trying to change the interview process so that it focuses more on skills rather than how a candidate might behave in a certain scenario.

This type of hosting gives people like Pinto and Forester hope.

The inspiration for their job fair came from Pinto’s worries about his son’s future. Xavi, 12, is on the spectrum and is “so creative”, said his father.

He is “really focused on what he wants to do”.

And seeing more and more employers start signing up for the job fair gives him hope that he’s helping to create a world where his son can pursue his dreams.

How do novelists incorporate the pandemic into their work?

Why Alphabet’s Acquisition of Mandiant Is a Smart Move