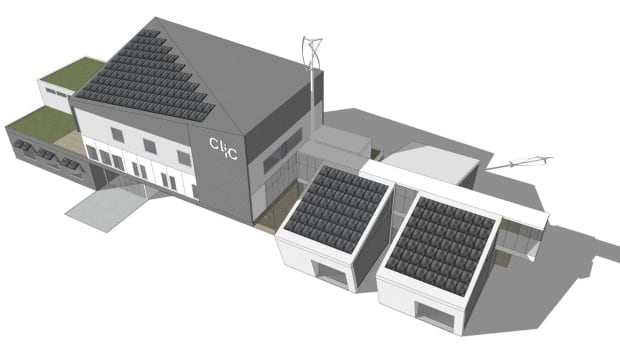 The Government of P.E.I. plans to build what it calls a cleantech park in Georgetown, PEI.

The $25 million park will be built in phases and will become a hub for business and education and will include a 44,000 square foot Clean Tech Learning and Innovation Center as well as a business park of 25 hectares.

“I think the significance of today’s announcement is that we’re not just building the industry, we’re building an opportunity to be innovative.”

Myers said the new Clean Tech Park will be the first of its kind in Canada.

And he said he hopes other provinces will look to Prince Edward Island for ideas on how to create their own clean technology initiatives.

The park will also include an academy that will offer new programs developed by UPEI and Holland College.

Sandy MacDonald, president of Holland College, said the post-secondary school has been a “proud member” of the Georgetown community for 25 years.

“We are delighted to work alongside [the] government and UPEI to ensure students have many opportunities to help build the future,” said MacDonald.

The college will offer a Certificate in Clean Technology Leadership starting in fall 2023.

“They will have the chance to work in the private sector or in entrepreneurial environments,” he said. “These types of internships are so valuable.”

UPEI will offer a Masters in Clean Technology Leadership beginning in 2024, when the new Learning and Innovation Center is also expected to open.

“It is very important for the province in general to move towards clean technologies and net zero. And it really leverages what we have here at UPEI in our various faculties.

The business park will also be the province’s first tax-free cleantech development zone, as promised in the Speech from the Throne, but the environment minister says he thinks businesses will come to Georgetown to d other reasons.

“From what I’ve heard so far, there’s a lot of enthusiasm to be involved in what we’re doing,” Myers said.

A mall in the metaverse? It’s already arrived