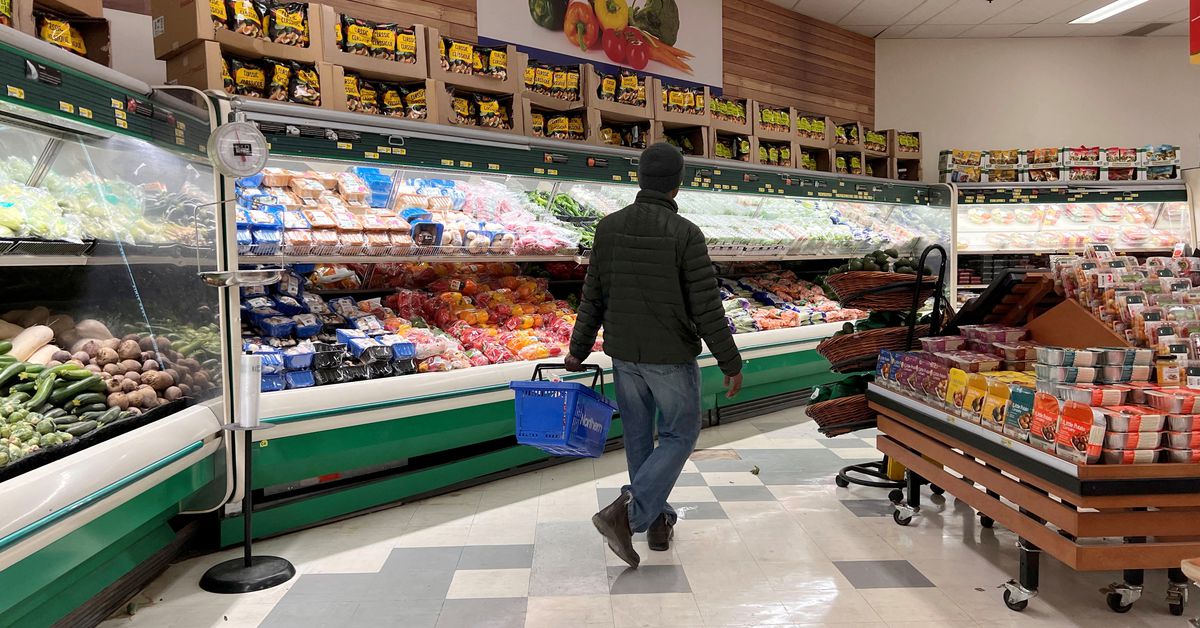 IQALUIT, Nunavut, Aug 8 (Reuters) – In Canada’s remote north, residents have long paid dearly for food and rising prices have made an already dire situation worse, exposing the vulnerability of one of the world’s biggest exporters of cereals and meat.

Communities in Nunavut – the largest of the three territories that make up Canada’s northernmost region – have no roads to connect them to each other, forcing them to rely on air bridges for fresh food twice per week. Permafrost and freezing temperatures most of the year make cultivation impractical.

Supply chain disruptions caused by the coronavirus pandemic and Russia’s invasion of Ukraine have worsened food insecurity in poor countries around the world. Nunavut’s experience shows that it has wreaked havoc on poor regions of even rich countries like Canada, which is the third largest exporter of wheat and pork.

Recently, in stores in Iqaluit, the capital of Nunavut, a bag of cherries sold for C$21 ($16.34) and a six-pack of water bottles cost C$19, about double the cost in southern Canada. A 12-pack of soft drinks sold for C$27, triple the price in the south.

Iqaluit resident Nathaniel Chouinard, 35, says he spent C$500 every two weeks to feed his family of six. Since January, he has been spending CA$150 more every two weeks.

“I compensate by working more hours,” said Chouinard, who works two jobs in security and information technology. “I spend less time with my family.”

The Qajuqturvik Community Food Center in Iqaluit, a soup kitchen that provides free meals to people in need, says that by June this year it had served 20,000 meals – the number served in 2021.

“Food insecurity in the North has already been labeled the most enduring public health emergency in Canadian history,” said Rachel Blais, CEO of Qajuqturvik.

“The surge in demand we have seen over the past seven months is alarming.”

It is difficult to quantify the magnitude of the rise in food prices in the north this year. Statistics Canada’s measure of inflation in the northern territories is limited, only assessing price increases in the three main cities and not breaking down individual components like food and fuel.

Iqaluit’s consumer price index has doubled since the start of this year, reaching 4.3% in June and well above the Bank of Canada’s 2% target. This is well below Canada’s national inflation rate of 8.1%, mainly because the Government of Nunavut made bulk purchases of fuel before prices skyrocketed.

The region has long struggled with food self-sufficiency. According to a 2020 Statistics Canada study, 57% of Nunavut households experienced food insecurity in 2017-18, the highest level among the country’s provinces and territories. Food insecurity is defined as a household that lacks the money to buy the variety or quantity of food it needs.

Residents benefit from the federal Nutrition North food subsidy, which reduces the price of certain foods in some northern communities. But that fails to reduce inequality, says Qajuqturvik’s Blais.

The region is also unable to directly reap the benefits of having waters swimming with fish. More than 95% of turbot and prawns caught offshore are exported because the territory lacks both a deep-water port to offload its catch and research to identify economical fishing grounds closer to shore, said Brian Burke, Executive Director of the Nunavut Fisheries Association.

The Canadian government has pledged C$40 million to build Nunavut’s first deep-water port, but that’s a few years away.

Blais, the soup kitchen manager, said Nunavut residents are also concerned that stores are charging too much.

North West Co, one of northern Canada’s largest grocers, reported earnings last year up 82.5% from its 2019 level. However, that reflects consumers buying more during the pandemic and the company’s profit ratios are in line with southern grocery chains, said Mike Beaulieu, vice president of Canadian store operations at North West.

For example, a third of a box of cereal is often just air and some foods carry longer expiration dates than necessary, he said.

“It’s really expensive to do business here,” he said. “It’s definitely getting worse.”

Covers energy, agriculture and politics in Western Canada, with the energy transition being a key area of ​​interest. Has done short stories in Afghanistan, Pakistan, France and Brazil and covered Hurricane Michael in Florida, Tropical Storm Nate in New Orleans and the 2016 Alberta wildfires and leadership election campaigns politics in two Canadian election campaigns.