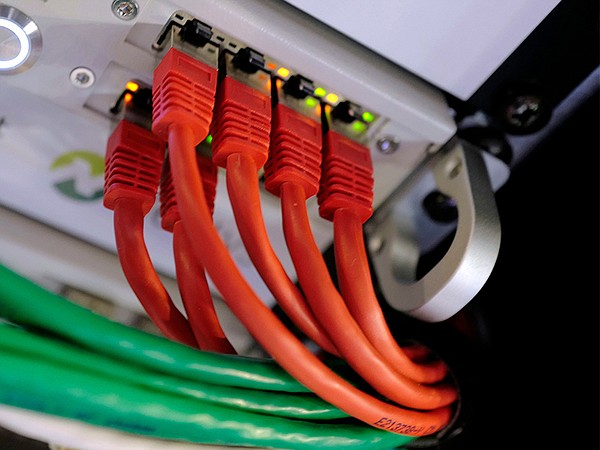 Cole and Callaway counties lag behind in internet access and speed

There are pockets of Mid-Missouri that are unserved and underserved for their high-speed internet needs. Large swathes of Cole and Callaway counties may soon join them.

As federal and state governments invest funds and resources in developing broadband infrastructure, updates to standards could shed more light on who has adequate Internet access and who does not.

Cole and Callaway counties are largely served by areas of the state, according to 2020 data from the Federal Communications Commission and the Missouri Broadband Development Office. Households in both counties have access to at least three wired or fixed wireless Internet service providers with download speeds of at least 25 Mbps and upload speeds of at least 3 Mbps.

However, significant parts of both counties could be considered underserved, according to new definitions proposed in current legislation through the Missouri House.

HB 2675, sponsored by Rep. Louis Riggs, R-Hannibal, changes the state’s definition of communities underserved by broadband providers to areas with Internet download and upload speeds of less than 100 Mbps.

That’s the standard the federal government is moving toward, Riggs said, and Missouri needs to have the same standards so the technology isn’t obsolete by the time it can be fully deployed and used by consumers.

Rep. Travis Fitzwater, a Republican from Holts Summit who served with Riggs on the interim committee last year, said broadband expansion is a critical issue for Callaway County, central Missouri and the state. .

He said the problem comes up in messages from voters at least once a quarter.

“I have constituents who often contact me and say either we don’t have access to it and we need it or we’re terribly underserved and we need options, and I’m all for it. done okay,” Fitzwater said. “For the children, businesses and individuals in our state, we need to do our best to expand coverage wherever we can.”

Fitzwater said broadband issues span urban, suburban and rural areas of the state, which is part of why it has become a priority for the federal government, Missouri Governor Mike Parson and local municipalities.

Fitzwater said parts of Callaway County are doing well, but voters in other areas are “very concerned” about their internet access.

“And Callaway County is not unique,” he said. “It’s all over the state where you have pockets of really good service and then just across the street you have nothing.”

There are several barriers to broadband expansion in Callaway County, Fitzwater said, such as higher costs to expand into rural areas, more challenging terrain and long project timelines for companies that have obtained public funding to build in rural areas.

These long project timelines can deter other providers, he said, because some companies view it as a competitive disadvantage to try to develop broadband infrastructure in areas that another company has received federal funds. or states to develop.

Wisper Internet announced last week that it was building a new wireless broadband tower to serve the community of Taos in neighboring Cole County.

The new tower is part of a $2.3 million commitment Wisper made to Cole County through the Federal Communication Commission’s Connect America fund. The internet service provider received its first tranche of federal funds in February 2020.

Wisper has existing towers in Jefferson City and Eugene, and has four more in design for Lohman, Centertown, Jefferson City and Honey Creek. The company offers fixed wireless Internet service in rural communities in the Midwest. The new towers are capable of upload and download speeds ranging from 25 to 400 Mbps.

As more parts of the state gain more options and access, Fitzwater said the most urgent goal is to identify areas of the state that are not served and find cost-effective ways to achieve them.

“I think you start there, then figure out who’s underserved, then prioritize who you want to spend money on from a fiscally conservative perspective, not just to fix the problem,” Fitzwater said.

He said he would rely on the National Broadband Office to identify unserved and underserved areas, but can use methods already implemented in other states.

Minnesota, for example, divided its state into regions and targeted them one by one through a grant program. Fitzwater said he would like to see a similar attack plan in Missouri and is confident a plan will emerge from the state broadband office soon.

Riggs introduced legislation this session that would create several new task forces to study broadband deployment in the state and make recommendations on how to support those efforts.

He is also backing a bill that would allow local governments to form broadband infrastructure improvement districts to contract with internet service providers for services, which could be funded through grants, loans, bonds or user fees.

Fitzwater said Riggs was an incredible advocate for finding broadband solutions in Missouri, describing him as a “bulldog on a bone.”

“I’m really proud to walk alongside him as he kind of leads these efforts in the state,” Fitzwater said.

Fitzwater is sponsoring a bill this session that would allow broadband internet providers to use certain electrical infrastructure systems to deliver services.

In discussions with community leaders, Fitzwater said expanding broadband infrastructure was high on the list of priorities for local governments around Mid-Missouri.

“They all want their children, their employees and their businesses to be connected to the Internet,” he said. “I mean, you must be in 2022.”

Fitzwater said gaps in internet access need to be closed quickly because they impact children’s ability to participate in school, how entrepreneurs can start a business and how these businesses function. businesses.

“I think we’re all working, at the bipartisan level, on efforts to close those gaps,” he said.

Click on the link below to read the full invoice: