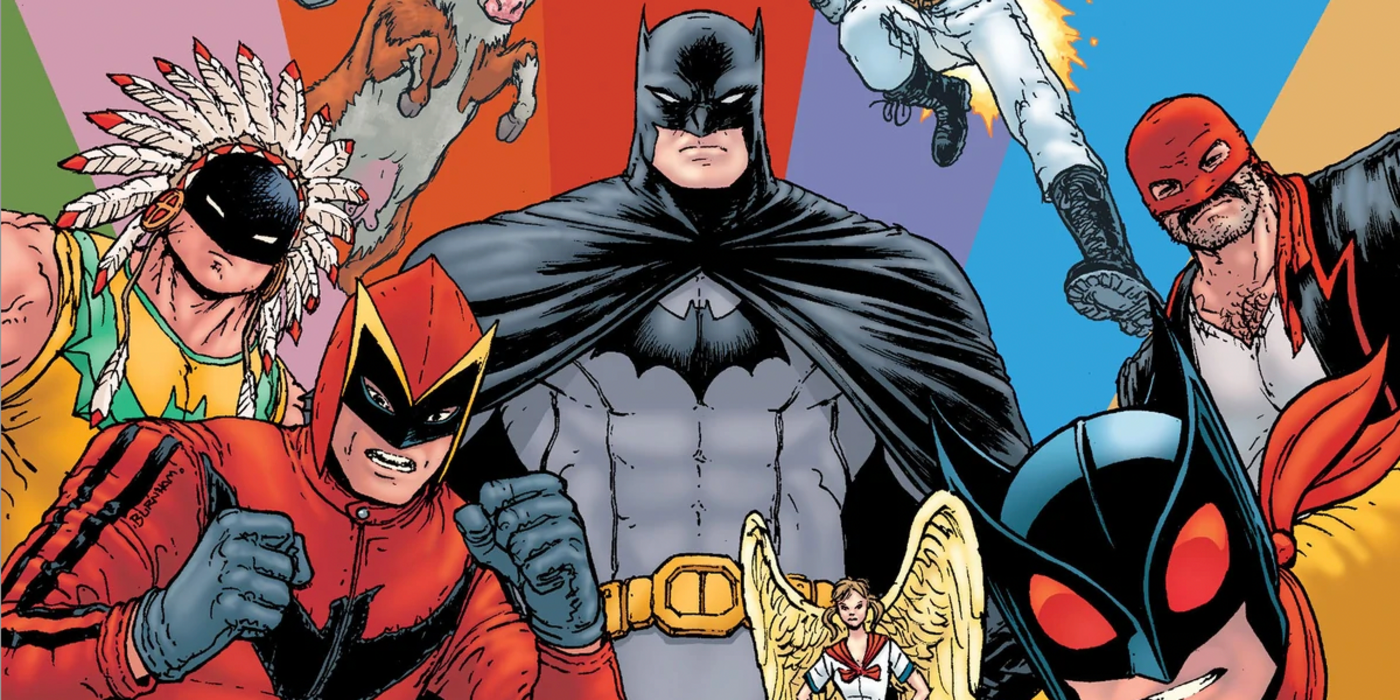 DC is reforming Batman Inc. for a new ongoing series

Batman Incorporated will reform entirely into a new DC series later this year.

CBR can exclusively reveal that DC is launching a new Batman Incorporated series this fall from writer Ed Brisson and artist John Timms. “By spinning pages of Batman and Shadow War comes a pieced together Batman Incorporated!” DC said of the new series.

RELATED: DC Reveals Why A Member Of The Justice League Just Got Beaten Up

Created by Grant Morrison, Cameron Stewart and Frazer Ivan, Batman Incorporated first appeared in the 2010s. batman and robin #16. The band was formed after Bruce Wayne/Batman returned from the events of 2008 Final Crisis event crossed over and decided to create a global crime-fighting squadron made up of superheroes from various countries. The group was publicly funded by Bruce Wayne, himself, and initially included members such as Knight, Squire, Jiro Osamu and more.

RELATED: Batman’s Newest Villain Was Trained By A Member Of The Major Justice League

Batman Incorporated has entered the Shadow War crossing in robin #13 by Joshua Williamson, Roger Cruz, Norm Rapmund, Luis Guerrero and Troy Peteri. Need someone to protect Deathstroke from Talia al Guhl and his assassins while Batman and Damian search for Ra’s true killer (revealed to be Geo-Force in robin #14), Bruce calls in additional reinforcements that are “a bit off the beaten track”. The group continues to play a leading role in shadow war, as Batman Incorporated continues to fight alongside the Dark Knight against Deathstroke, Angelbreaker, and Talia in Deathstroke Inc. #9 and robin #14.

The Shadow War the event will end on May 31 with Shadow War: Omega #1. Request information for Annual Batman 2022, which also comes out on May 31, reveals that Batman Incorporated will play a leading role in the issue and will now be under new management. The synopsis reads: “Following the events of the Abyss story arc, Batman has now tasked Ghost-Maker with funding and running Batman Inc.! First order of business for new management? Clean up a huge mess that Luthor created in Chechnya… but is this new group ready to face the dreaded new threat of the Gray Wolf? And prepare for the evolution of Clownhunter!”

Another major justice leaguer is coming for the head of Deathstroke

Brandon Schreur is a comics editor for CBR, joining the team in February 2022. Based in Michigan, the man has a passion for just about anything pop culture. Comics? Love them. Movies? Seen way too many. TV shows? Can binge-watch just about anything in insane time. Learning to write about all those interests for CBR? He is living the dream. You can follow him on Twitter at @brandonschreur.

Cybersecurity: is your company managing its risks?

Episode 2: Green Claims Can Be a Risky Business: Prospect of Greater Enforcement on the Horizon (Podcast) – Environmental Law