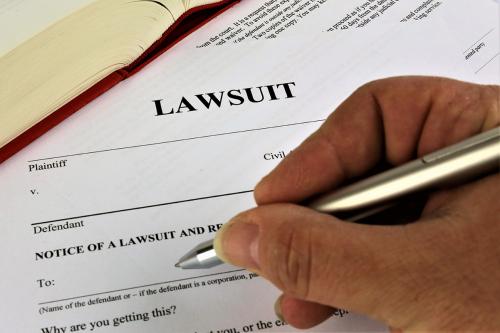 ESG regulation of companies and legal proceedings that may ensue

The environmental, social and governance (“ESG”) movement has been around for over 10 years, but has grown exponentially in the world of business, investment and insurance over the past two to three years. years. With the Biden-Harris administration taking power in 2021, the environment is at the forefront of U.S. policy like never before, with a focus on climate, environmental justice, and natural disasters. Investors who assess a company’s environmental footprint, offsets and green practices have a plethora of ways to factor and rate companies based on their environmental impact in order to determine risk. What we’ve also seen, however, with the growing importance of ESG in the investment world, is the unintended consequence of ESG – lawsuits. This article examines some of the ways in which ESG initiatives have been criticized and the ways in which ESG may unintentionally create more risk for portfolio companies in the future.

Unintended consequence of ESG to date

Companies touting ESG initiatives have seen their efforts sued in recent years in two main ways. First, environmentally conscious consumers are watching more than ever statements made by companies for statements that may not be accurate and are using the legal system to hold companies accountable. The lawsuit over Coca-Cola’s “100% recyclable” plastic bottle, which was filed earlier in 2021, is perhaps the most prolific example. In the lawsuit, a group of consumers sued Coca-Cola to dispute the “100% recyclable” claim, alleging that the plastic caps and labels on the bottles are, in fact, not recyclable. Further, the lawsuit alleges, since it is well recognized that only a certain percentage of the types of plastic used in bottles are actually recycled by recycling centers in the United States, 100% of the bottles are in fact not recycled. This lawsuit, coupled with another lawsuit against Coca Cola for its marketing slogan “A world without waste” (which is false and misleading), are arguably the most prolific examples of lawsuits which essentially accuse companies of “greenwashing” which take direct targeting of companies and their use of “spin marketing” to project to the public an image of “green” or environmentally conscious companies.

The impact on Coca-Cola of the aforementioned lawsuits has, to date, been a slight impact on the company’s stock prices, which have rebounded over time. However, there are examples of environmentally friendly claims made by companies that have been found to have a more direct and significant impact on investments. Danimer Scientific, Inc. is a company that manufactures polymers, resins and alternatives to plastic that are used in a number of plastic products. Danimer has included biodegradability claims in its marketing and with the SEC (in its SEC Form S-1 registration statement). One Danimer product in particular, Nodax, has been shown to be 100% biodegradable within 12-18 weeks of disposal. Shortly after the claims, however, the Wall Street Journal published an article in which various experts questioned the claims of biodegradability, claiming that a host of factors could contribute to Danimer’s Nodax product taking much longer. time to degrade. In twenty-four hours, the Danimer share price has fallen by 13%. Follow-up articles also raise doubts about Danimer’s claims, resulting in further losses to the company’s stock price. Shortly after the losses, a Danimer shareholder filed a derivative complaint against the company’s executives and board members, alleging that exaggerated sustainability claims resulted in millions of dollars in market capitalization losses.

In Danimer’s example, the company’s ESG statements have resulted in both market capitalization impacts and legal consequences that will have other financial impacts on the company.

Unintended consequence of ESG – What does the future hold?

Expect the next couple of years to see an increasing number of lawsuits from shareholders / investors and consumers. The prosecutions will focus on green laundering allegations and allege such things as misrepresentation, false and misleading advertising or statements, unfair and deceptive business practices and securities fraud. While publicly traded companies will be the focus of these lawsuits, private companies would be wise not to ignore the examples given in the “first wave” of ESG lawsuits and learn from the mistakes of other companies.

Private companies should also consider the theory of unintended environmental consequences as a whole – that is, the impact that adapting business practices to become “greener” may in fact prepare the company for future problems. environmental responsibility. As more and more companies seek to brag about being “green” by investing in solar power, electric business vehicles, and more. have major financial consequences for their current actions? For example, solar panels. Although touted as saving the planet from carbon emissions, where do companies get rid of solar panels that are past their useful life? Even if the panels are sent to recycling facilities, do these facilities properly dispose of hazardous waste? Does the recycling company or business take into consideration that chemicals in solar panels that are not regulated as hazardous today may one day be designated as hazardous and expose them to enormous liability? in environmental pollution for sanitation requirements?