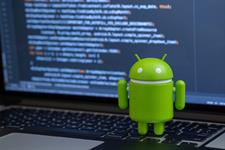 Google is set to limit cross-app tracking on Android devices as part of a broader expansion of its privacy controls, bringing it more in line with Apple’s policies.

The tech giant on Feb. 16 revealed a multi-year initiative to abolish app tracking identifiers and limit the sharing of user data with third parties on Android, in a move it says is designed to improve the user privacy in the app ecosystem.

This applies to Android’s Advertising ID, which assigns a unique string of characters to a user’s device to allow advertisers to track their activity as they move between apps.

It works similarly to Apple’s IDFA (ID for Advertisers), a randomly generated code that Apple assigns to its devices.

Apple introduced a requirement for app developers to obtain user consent to collect the device’s unique code in April last year, to give users more control over their data. Early data indicated that the vast majority (by some estimates, more than 95%) of iPhone users were opting out of tracking.

The move had a significant impact on the advertising industry, which has relied on the unbridled ability to track users across apps and devices to measure, attribute and target mobile ads. It’s been particularly damaging for tech giants like Facebook owner Meta, which has built its massive advertising business off of its vast pool of data and targeting capabilities. Earlier this month, Meta told investors it expects Apple’s app tracking to move to cost him more than 10 billion dollars lost revenue this year. The revelation caused Meta stock to fall more than 26%, wiping $230 billion off its market capitalization.

Google, on the other hand, benefited from Apple’s change in IDFA. App owners’ ad spend shifted to Android in the first two weeks after Apple launched the privacy feature. according to data from Warc and AppsFlyer. And while Meta’s ad business has suffered, Google, which has a rich repository of data collected through its search traffic and YouTube, may have benefited as advertisers shifted spending. Google advertising grew 42.5% year over year in 2021.

But with growing regulatory scrutiny over its monopolistic practices, Google has no choice but to alter its advertising business.

It provided few details on how it will move away from app tracking IDs, leading some observers to suggest the announcement appears to be more intended to appease regulators and buy itself time to figure out how. it will protect both user privacy and its advertising business.

Google gave advertisers a two-year warning to prepare for any significant changes. During this period, it will continue to support the existing functionality of the advertising platform.

It rolled out its Privacy Sandbox initiative on Android to develop new privacy-centric advertising solutions with the industry.

In addition to replacing credentials, he said he’s also exploring technologies that reduce the potential for secret data collection, including more secure ways for apps to integrate with ad SDKs.

While this long-term approach will mitigate the impact on advertisers, it nevertheless intensifies the requirement for the advertising industry to develop new solutions and ways of working that protect user privacy.

Google threw shade at Apple’s rather abrupt IDFA move, in which the iPhone maker announced changes were coming without consulting the industry on its concerns or work on an alternative.

In a blog postAnthony Chavez, vice president of product management for Android’s security and privacy, wrote that “other platforms have taken a different approach to ad privacy, outright restricting existing technologies used by developers and advertisers”.

“We believe that without first providing an alternative privacy-preserving path, such approaches may be inefficient and lead to worse outcomes for user privacy and development companies,” Chavez wrote.

Google began introducing tighter Advertising ID controls in June last year to prevent software developers from accessing a user’s ID after opting out of personalized ads. Until then, the identifier was still accessible to developers after a user unsubscribed, to measure application usage or to detect fraud. Google said it would provide an alternative solution to support essential services such as analytics and fraud prevention without requiring the unique identifier.

The news is part of an industry-wide push to improve user privacy on the internet after years of tracking a mobile or web user’s every movement without the user’s explicit consent. The shift to a more privacy-focused Internet experience has begun at the browser level with the elimination of third-party cookies, which will be removed entirely from Chrome by the end of the year.