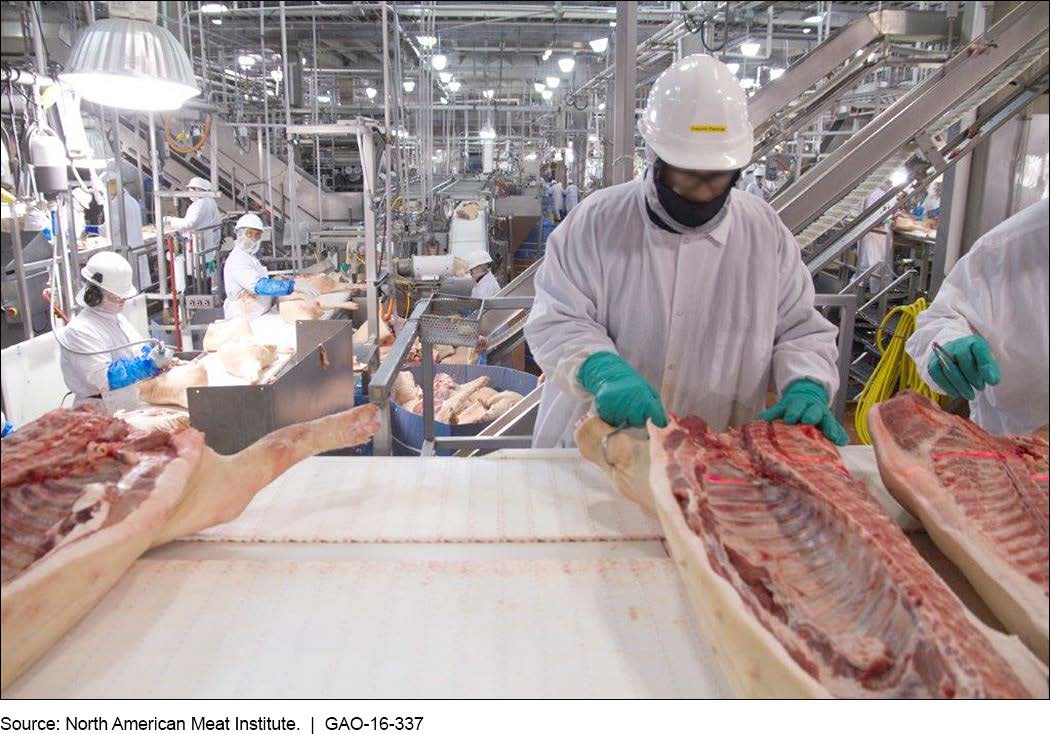 Family farmers like me have been calling for aggressive federal action to break up monopolies and make markets fairer for years.

We know what happens when a handful of corporations control the livestock and meatpacking markets: Farmers earn a shrinking share of the food dollar, farm incomes decline, and meatpackers make huge profits. . Meatpacking companies then use these profits to better control animal production, either through direct ownership or through contractors, in an endless cycle of corporate concentration and consolidation.

If these policies are implemented effectively, the result would be increased market competition for farmers and protections for consumers from soaring meat prices.

The statistics that support this experience nationwide are both confirming and alarming. According to the White House, four companies control 85% of the beef market, four packers control about 70% of pork processing, and four companies control 54% of the poultry market. Farmers’ share of the cattlemen’s consumption dollar has fallen from 60 cents of every dollar 50 years ago to about 39 cents today. During the same period, the share of pig farmers fell from 40 to 60 cents to around 19 cents.

On my family’s farm in Adair County, we experienced firsthand this change in the structure of the livestock industry. When my husband and I got married nearly 50 years ago, we raised cattle and hogs, as well as hay, pasture and oats. Today we no longer produce livestock as it has become unprofitable and we focus on corn and soybeans. This story is the same for hundreds of farming families here in Adair County and for thousands of former cattle ranchers throughout Iowa.

Rather than the diverse and more decentralized livestock production and processing system of the past, the power of multinational corporations is on full display here in Iowa. JBS, Smithfield, Tyson, Cargill, Marfrig (National Beef) and others operate both giant meat processing plants and cattle production plants in many parts of our state. Not surprisingly, the concentrated production controlled by meatpacking companies has also resulted in concentrated air and water pollution from livestock and poultry manure.

In addition to encouraging family farmers to cut operating costs, meatpackers are also ripping off consumers, attempting to blame “rising costs and inflation” for rising meat prices. The same White House report, however, says the latest corporate earnings reports document a 120% increase in gross profits and a 500% increase in net income for meatpacking companies since before the COVID pandemic. -19.

I agree with President Biden’s analysis of the situation: “We have seen too many industries become dominated by a handful of large corporations that control most activities and most opportunities – raising prices and lowering options for American families, while shrinking small businesses and entrepreneurs… When dominant middlemen control so much of the supply chain, they can increase their own profits at the expense of farmers – who earn less – and consumers, who pay more.

I also agree that this initiative meets some key needs, including a commitment to release tougher new rules under the Packers and Stockyards Act, to invest millions of dollars in federal funding for new operations independent meat processors in small towns and to introduce additional transparency in livestock markets.

President Biden’s recent focus on corporate power in the livestock and meat industry is one of those times when a large group of organized people can bring about meaningful change. The truth is that we have a lot of work to do. We must hold the President, Agriculture Secretary Tom Vilsack and Attorney General Merrick Garland accountable to their promises.

We also need to push them to tackle pollution from factory farms, as well as improve wages and protections for meatpacking workers. We need to ensure that funding for meat processing really goes to local, independent operations instead of becoming another agribusiness slush fund.

What is needed now is a strong push from farmers, consumer advocates, people concerned about corporate influence on our democracy, and citizens who want a fairer economy to come together and ensure that White House rhetoric goes hand in hand with administrative and congressional action.

Now is the time for us to weigh in together and demand a government and an economy that works for the people, not the multinationals. Let’s get to work!