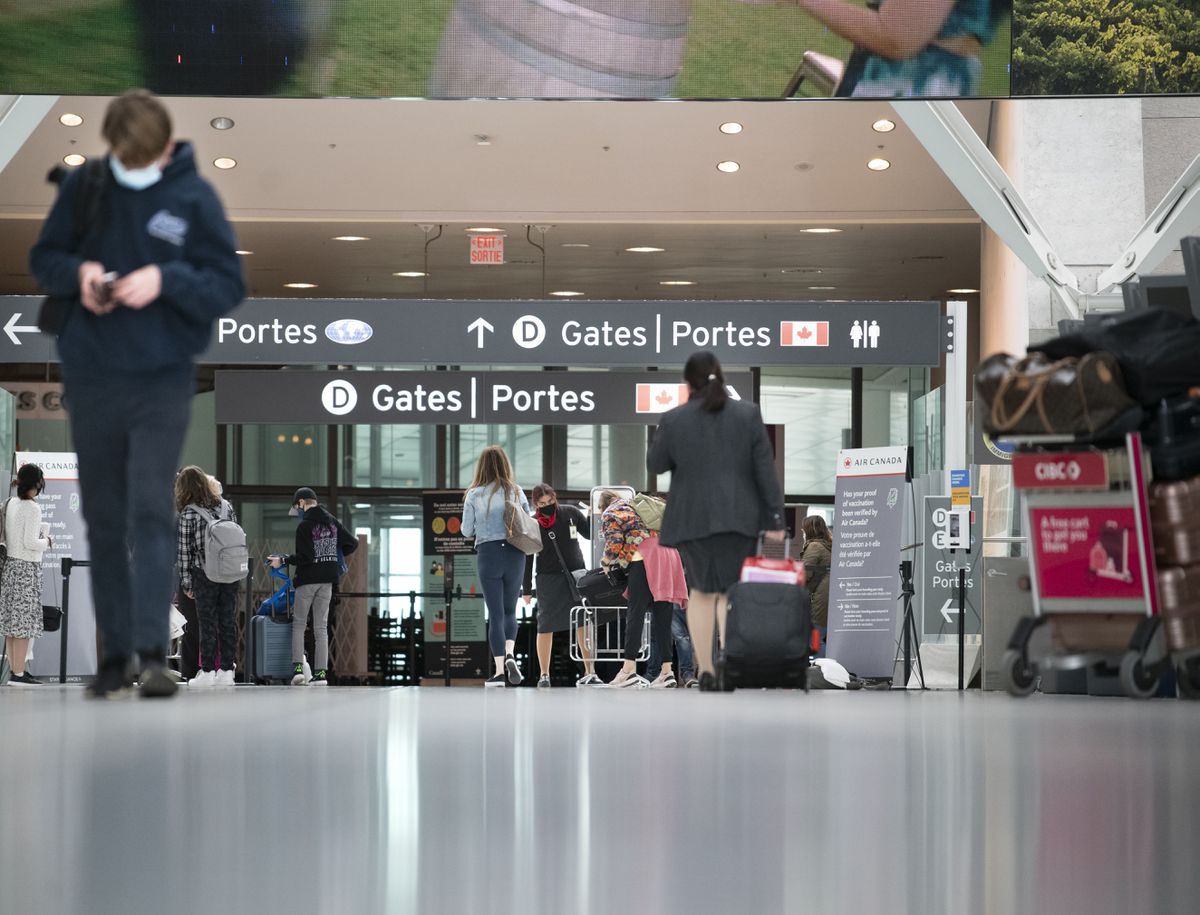 Believe it or not, long lines and flight delays aren’t the biggest problems facing Canada’s largest airports these days. Growing debt and the backlog of infrastructure improvements threaten their competitiveness more than the bad publicity of bottlenecks in security and customs checkpoints, which have tested the patience of passengers and left managers feared for the international reputation of the country.

Canada’s three largest airports, in Toronto, Vancouver and Montreal, lost $1.8 billion in 2020 and 2021 as COVID-19-related closures and travel restrictions reduced passenger traffic by 75% compared to 2019. The Greater Toronto Airports Authority, Vancouver Airports Authority and Aéroports de Montréal took on more than $2 billion in debt and cut capital spending to survive the pandemic.

They are now scrambling to find new revenue streams to pay off that debt and fund deferred infrastructure improvements without sending weary travelers fleeing to US airports with lower user fees. The challenges have many industry observers arguing that Canada’s unique airport model — the country’s largest airport authorities are not-for-profit entities that operate under long-term leases from the federal government — needs to be seriously redesigned.

“There is no doubt that the model has been strained over the last 2 years. A not-for-profit model that relies almost solely on a passenger to generate revenue meant that we had little to no revenue, but we needed to keep Pearson operating to deliver essential goods and travelers and repatriate Canadians,” GTAA spokesperson Ryan White said in an email.

“Unlike US airports that received US$40 billion in grants to continue investing in critical infrastructure, we have reduced our capital plans to service regulatory and critical maintenance projects. This means that we, as well as airlines and ground handling companies, come out of this pandemic much weaker financially. »

Before the pandemic, Canada’s airports seemed to be flying high after spending the previous two decades building world-class infrastructure, including gleaming new terminals that doubled as high-end shopping arcades for captive customers waiting to catch a bite. flight. Commercial revenue from retail tenants jumped to boost their results. The much hated “airport improvement fee” applied to every plane ticket has also provided a juicy source of revenue.

It was also a bargain for the federal government, which collected more than $6 billion in rent over two decades, under long-term leases that don’t expire until the 2050s or 2070s. With skyrocketing air travel and pension funds eager to invest in infrastructure assets, analysts at the time argued that Ottawa could have raised billions more by privatizing the largest airports.

Now privatization looks like a pipe dream. As airports drown in red ink and face rising debt servicing costs as interest rates rise, their valuations have been significantly reduced. Rather than raising billions by selling them, Ottawa may be forced to bail them out.

The federal government waived rental payments in 2020 when the pandemic hit and deferred airport rent for 2021. Deferred rent is to be repaid over a 10-year period beginning in 2024. GTAA seeks waiver outright to 2021 rent and a new deal with Ottawa that would allow it to divert future lease payments to infrastructure improvements.

“There is an opportunity to reinvest these funds in strategic infrastructure investments to rebuild our national competitiveness and develop the airport of the future,” Mr. White said. “The GTAA also believes that we should creatively consider tapping into private money to deliver on key strategic projects.

The GTAA, which operates Toronto’s Pearson International Airport, paid about $171 million in rent to Ottawa in 2019, and another $38.4 million in payments in lieu of property taxes to the cities of Toronto and Mississauga . Airport rents, which are set at 12% of revenue, are expected to rise as passenger levels return to pre-pandemic figures. Nearly 50 million travelers passed through Pearson Airport in 2019; that number fell to 13.3 million in 2020 and 12.7 million last year.

All will have to be creative to get out of this hole while continuing to modernize their infrastructures, if they want to meet the expectations of passengers and foreign airports having access to much larger pools of investment capital.

The federal government has allocated $571 million for an airport critical infrastructure program that covers part of the cost of certain projects, such as the rehabilitation of runways underway at Pearson. But that’s a drop in the ocean compared to what’s needed.

Ottawa missed the boat (or the flight) by not privatizing Canada’s airports before the pandemic. We may have to turn to the private sector to save them now. Otherwise, taxpayers will foot the bill.