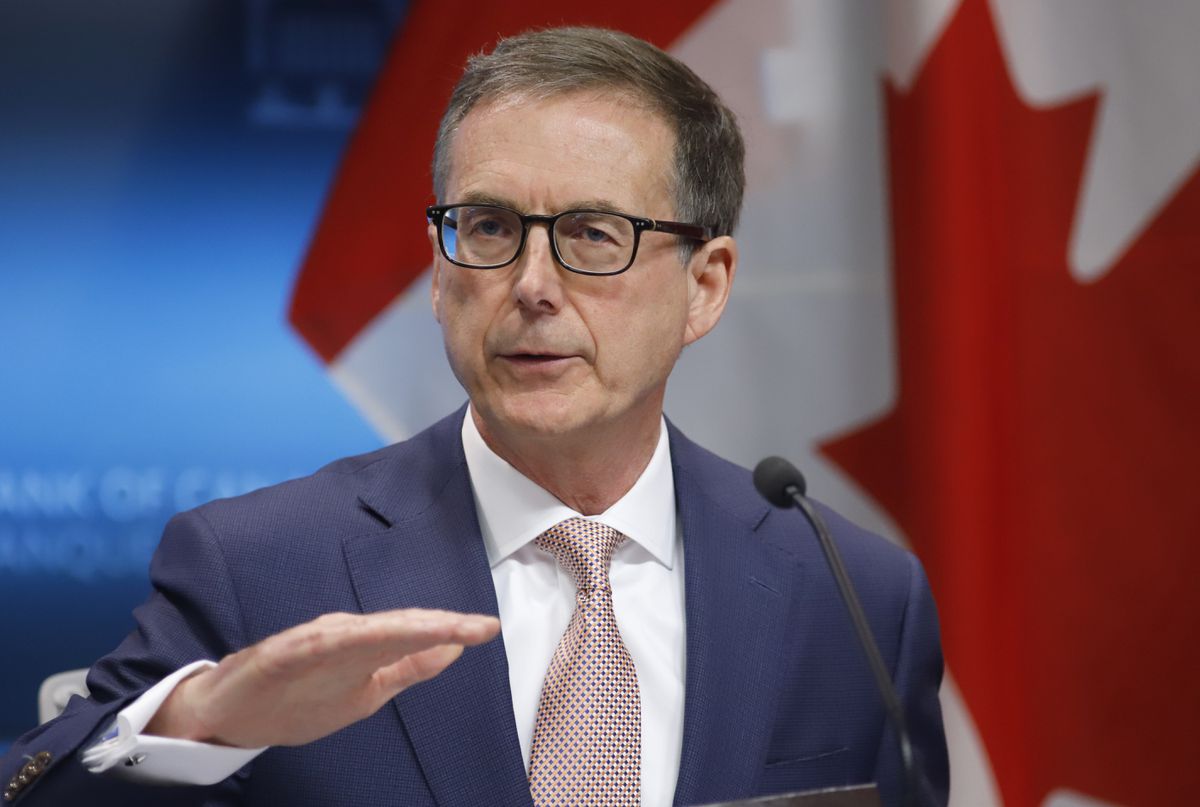 Bank of Canada Governor Tiff Macklem says path to avoid recession in Canada is ‘narrowing’ but central bank intends to keep raising interest rates even as economy slows and the risk of financial market instability increases.

Speaking to reporters in Washington after the annual meetings of the International Monetary Fund (IMF) and the World Bank, Macklem said the Canadian economy is still overheating, with demand outstripping supply, and the market of labor must weaken to restore price stability.

“At this point, there is no compromise here. We need to cool the economy and bring inflation down,” Macklem said, reiterating the central bank’s intention to raise interest rates again on Oct. 26.

The governor’s hawkish comments come at the end of a week marked by bleak growth forecasts, turmoil in UK bond markets and worrying inflation data from the United States.

The IMF has warned that there will be a marked slowdown in global economic growth next year and that a “mild recession could easily occur” in Canada. Meanwhile, another month of searing US inflation data released on Thursday all but guaranteed that the Federal Reserve will continue its aggressive pace of interest rate hikes.

Mr. Macklem said the mood in Washington was one of caution. But he said policymakers were determined to get inflation under control, despite the short-term costs to economic growth and jobs that could entail.

“There was a broad consensus that inflation remains the most immediate threat to current and future prosperity,” Macklem said.

Still, Mr Macklem said more needed to be done to bring demand back in line with supply, especially in the labor market, where vacancies are high and businesses are struggling to find workers. Higher borrowing costs will slow business activity and reduce labor demand. The bank also needs to make sure Canadians don’t start to expect inflation to rise permanently, he said.

“We have made it very clear to Canadians that we are taking aggressive action to get inflation on target. Canadians showed confidence and inflation expectations remained reasonably well anchored on our target. But we are not inclined to test the patience of Canadians,” he said.

Getting inflation back to the 2% annual growth target will require a period of slowing economic activity, but not necessarily a recession, Macklem said.

Bank of Canada officials have long maintained that a so-called soft landing is still possible, where inflation declines without a major spike in unemployment or a sharp economic contraction. That said, Mr. Macklem seemed less sure of that narrative on Friday.

“That path to a soft landing depends on a number of key factors, and that path is getting narrower,” he acknowledged. “The longer global supply issues persist, the more uncertainty the war in Ukraine creates, the more volatility we see in energy prices, and the more rigid inflation, the narrower the path becomes.”

Royal Bank of Canada chief executive Dave McKay said in a separate appearance in Washington on Friday that central banks are “doing the right thing” to fight inflation, but companies in suffer the consequences because these same central bankers responded too late to the inflationary threat.

“I think the fire engine has left the station, but it’s a multi-fire drill here. … We saw this happen in 2021. We should have gotten ahead,” McKay told an annual meeting hosted by the Institute of International Finance.

The fallout is showing up in the decisions CEOs make about wages in an environment of low unemployment and plentiful job openings despite fears of a recession, McKay said.

“The average CEO, 65% of CEOs, think pay raises, compensation increases will be 5% or a bit more next year,” he said. “So we are about to make this dangerous spiraling wage inflation decision right now. This is why being late for the fire is so damaging to the economy.

Along with concerns about inflation and growth, policymakers are paying increasing attention to pockets of instability emerging in financial markets as central banks raise interest rates.

This has been highlighted in recent weeks in Britain, where the announcement of tax cuts has prompted a massive sell-off of government bonds by pension funds. The Bank of England was forced to intervene to support the market.

Mr Macklem said the impact of higher interest rates on global financial markets has generally been orderly. But central bankers “must be alert” to the possibility of major disruptions in some financial markets.

The Bank of Canada “is making sure that we are ready to use our tools…to manage these risks if they arise, as the Bank of England has done this week or the last two weeks,” he said. declared.

He gave few clues as to how far the central bank intends to raise interest rates. The policy rate is currently 3.25%. Most private sector forecasters expect the bank to announce a half-point increase later this month.

How big the bank decides to go could be determined by next week’s data. The Bank of Canada will release a pair of surveys on Monday that will show whether consumers and businesses expect inflation to continue to rise. Statistics Canada will release September consumer price index data on Wednesday.

With a report by James Bradshaw

Easy Ways to Incorporate Sea Moss into Your Meals