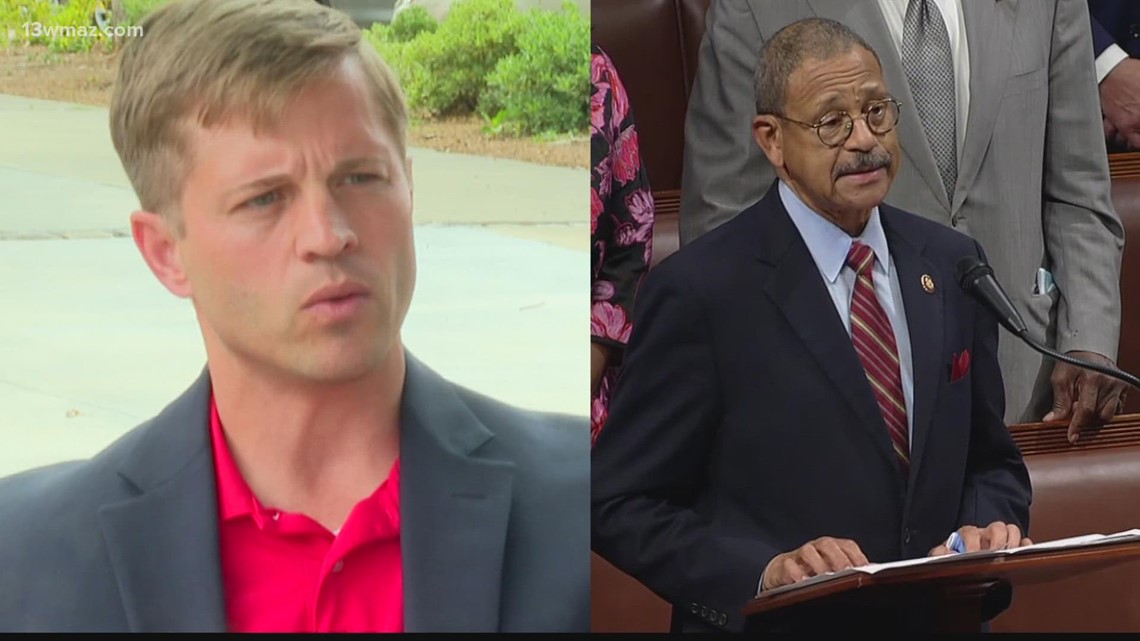 Georgia’s 2nd congressional district is the eighth poorest in the nation based on its median income in 2018.

MACON, Ga. — He has been dubbed the only competitive race for the U.S. House in the Deep South this election by political analysts. Thomasville attorney Chris West is vying to unseat the longest-serving congressman in Georgia’s current delegation, Columbus Democrat Sanford Bishop.

It’s Bishop’s biggest challenge to retaining his seat since 2010, when he narrowly won against former state lawmaker Mike Keown. Bishop has held the seat since 1993.

Now the moderate Democrat says he is running for re-election on his record while West says the seat needs a fresh, conservative voice.

“I was able to use the political process to work really hard to create jobs and a stronger economy, better education, safe communities that are free of crime and drugs,” Bishop said.

Both candidates talked about the country’s economy, especially inflation.

West says inflation was driven by bad policy decisions. He wants to push for energy independence and eliminate what he calls “unnecessary spending” in the Cut Inflation Act passed this summer.

“We need to untie bad regulations. We need to become energy independent. We need to unlock American potential so we can grow the economy,” West said.

Meanwhile, Bishop says the higher inflation was caused by the pandemic. He says he helped by supporting this Inflation Reduction Act. He pointed out that there was a specific section to reduce the effects of inflation on drugs, especially insulin.

Bishop says he wants to do more to reduce food costs.

“We’re trying to improve our supply chain so that we can produce our food, process our food, especially meats, on a regional basis… closer to home, which would reduce freight and allow it to be moved faster to the shelves,” Bishop said.

Georgia’s second congressional district is the eighth poorest in the nation based on its median income in 2018. On top of that, the population has plummeted over the past decade.

We asked each candidate what they would do to solve this problem.

“What we’re doing is trying to make sure that the quality of life, meaning internet connection, water, sewage, housing, health care… all attributes that make an attractive community are there so that we can continue to attract and make the industries that we have,” said Bishop.

West says he plans to create an employment advisory committee to help him find the root cause.

“Frankly, these things should have been done in the last few years…they haven’t been done,” West said. “I’ve spoken to several people on the west side of the district or the south part of the district. In their cases, they’re actually going to Alabama to work or Florida to work because of the lack of economic opportunity here.”

The candidates spoke specifically about helping the agricultural industry, one of the largest industries in the district. It is affected by inflation, supply chain issues and trade wars.

Both candidates talked about the increase in the price of inputs such as fertilizers.

Bishop says he is working, along with other lawmakers, to draft the new Farm Bill. He says he wants to make sure farmers have the resources, research and protection they need for the next five years.

West says energy independence and cuts to some Environmental Protection Agency regulations will help ease the burden on farmers.