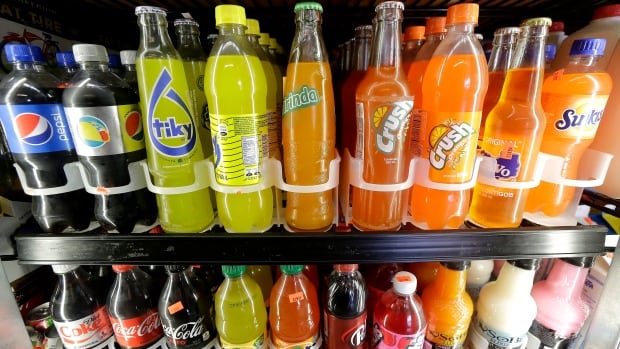 As Newfoundland and Labrador implements its long-awaited sugar tax, many retailers are scratching their heads, still with more questions than answers.

Starting Thursday, the new tax will add 20 cents to the cost of a liter of a wide range of sugary drinks. While the provincial government says the tax will improve public health by discouraging the consumption of high-sugar drinks, critics say it will disproportionately hurt low-income people – and some retailers say they still don’t know how the program works.

Alex Mugford, manager of the family business Mae’s Variety in Conception Bay South, says his family is wondering what to do, because of what he says is a lack of communication from the provincial government.

“The only information we received was an email from one of our wholesalers,” Mugford said.

“It contains a link to the government website, which has promotional material that we can print. They have sent us a sample invoice to see what all future invoices will look like. Since we received information from the government, we did not receive any. We were expected to fetch the information ourselves.”

Among the information Mugford was able to find, he says it appears the company will have to make monthly payments.

“We have to calculate what we’re selling per month and then we have to write a check to the government and send it out,” Mugford said. “We have to start following things much more closely.”

While Mugford remains unsure how rolling out the sugar tax will change long-term business practices, he expects the process to be confusing for businesses and consumers. The tax should be settled between the province and the wholesalers, he said, not at the cash register.

“Information is king in these types of businesses,” Mugford said. “They know how to contact us. I would love for someone to send us a little packet of information explaining everything in detail [about how] we can implement this. It’s a confusing and unnecessarily complicated tax.”

Lynn Boyd, owner of Boyd’s Convenience in Main Brook, says she had little contact with government officials and was left puzzled.

Boyd says there were better ways to implement the tax, which she says isn’t necessary at all.

“I think they should have talked about a two or three percent tax increase, [rather than] be everywhere,” Boyd said. Percentages don’t make sense. Seven cents on a can of drink, but 40 cents on two liters? When you’re a small store and you register everything manually, I don’t have a button to program all that.

“How do you memorize what changes and what it means? There’s going to be a lot of confusion.”