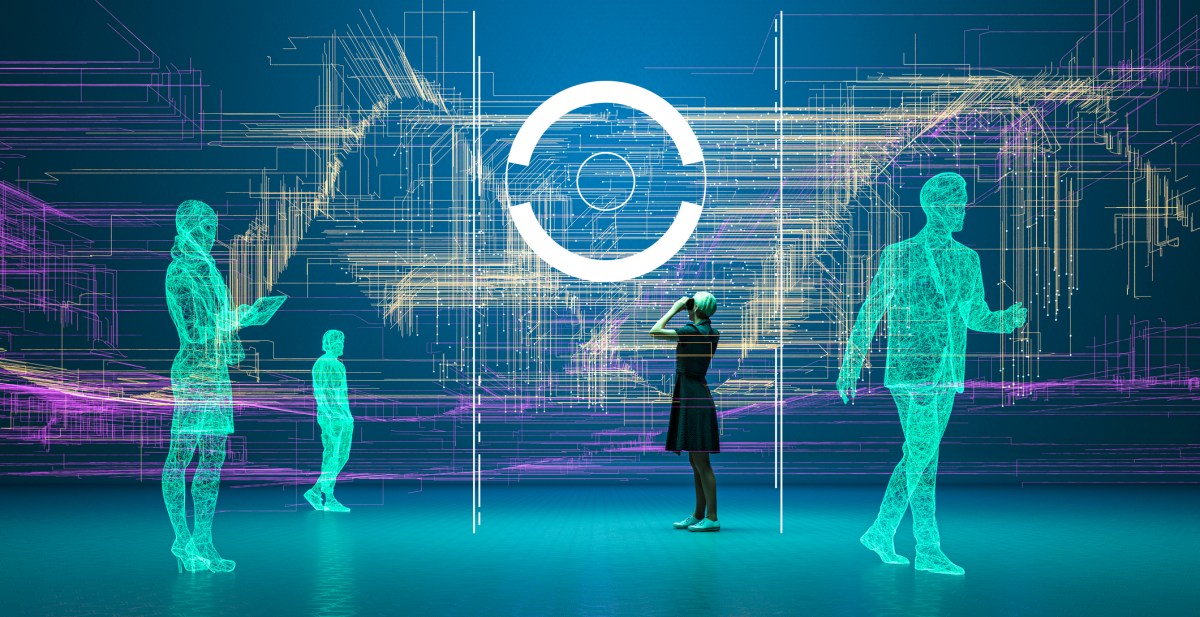 The Metaverse: A Huge Network and Connectivity Challenge

The metaverse is destined to become a virtual reincarnation of the consumer society in a digital format. And ultimately, it will resolve the limitations of a two-dimensional virtual world. Our screens, even with the latest augmented reality technologies and high-end visual effects, always stay flat. And people only interact with their eyes. The metaverse, however, will add hands to a person, possibly a body, as well as movements that can reflect thoughts. This means that the “behavior” in this environment will become more natural.

On the other hand, technological limitations reduce the current metaverse to an extremely poor reflection of the real world. But that said, in this age of COVID-19-related lockdowns, fears, and anxieties, people have certainly become more dependent and receptive to remote communications, which includes early exploration of the metaverse. For businesses, those that move quickly and get ahead of the adoption curve, this means great opportunities to create new revenue streams.

One of the big questions is will there be one overarching metaverse universe or several? At the moment, there are several versions of the metaverse and all of them are quite basic. Thus, several formats will fight for dominance in this new technological revolution. In the 1980s, VHS took over Betamax. Then there were CDs and DVDs, and mpeg/mp3. Each time, the struggle of formats was only a battle between competing companies. We see the same with smartphones, for example, with iOS and Android. The Metaverse will be no different.

Facebook’s shift to Meta rebranding and metaverse is a signal the size of this space. But Facebook certainly won’t dominate it. Competitors will appear soon. Since we are in the very early stages of metaverse development, there is an opportunity for telephone companies/telcos (telcos) to regain lost opportunities and deepen the network side and provision of metaverse services , and also to recover part of their investment capital in 5G. And some are already moving in that direction.

But strictly speaking, 5G and the Metaverse are in no way related. In the age of converged and heterogeneous networks, there is no difference how connected the client is and what transport is used to transfer information from one point to another. 5G is just one of the technologies that is developing quite slowly across the world. And it’s just one part of a larger connectivity solution. Other elements include reducing the cost of fixed channels, creating mesh networks, etc.

That said, we will certainly see the advent of 6G, and even 10G, as digital advancements such as the metaverse tend to accelerate the evolution of technology formats. That said, the speed at which new technologies will emerge in telecommunications operators, for example, partly responds to the growing need for traffic consumption and the growth of data-intensive content, including augmented reality and virtual reality. , which is the prerogative of the metaverse.

But there is also an inverted loop. When the infrastructure is improved, it enables the development of new products and new ways of using technologies. It goes beyond virtual content; for example, self-driving cars and the idea of ​​developing roads that facilitate this, were not possible when we were using 3G networks.

Today, there is a chasm between the hype of the metaverse and its reality. If we look at today’s technologies and building new infrastructure that will drive and create a feature-rich metaverse that accurately simulates real life, the picture isn’t particularly promising. There are also other factors such as consumers who are not willing to pay more for the price of accessing the data-intensive traffic required for the metaverse.

Additionally, governments do not invest in private companies, so operations such as private telecom operators are hampered by the fact that capital expenditures on new infrastructure do not provide a quick return on investment. There is very little immediate revenue growth and it can be decades before telecom operators, for example, see substantial returns.

Yet the metaverse is the next big connectivity and network infrastructure challenge in the evolution of the Internet. In a world where graphics will need to be rendered onscreen in direct response to where someone is focusing through their headset, things will need to move an order of magnitude faster, which requires latency in one or two digit milliseconds. This will require vast capacity improvements and fundamental changes in the way networks are architected and deployed, which will mean huge industry-wide collaboration spanning technology companies, mobile network operators, policy makers politicians and everyone in between.

As we’ve seen, looking at telecom carriers in general, we’re not quite there yet – which is why Meta (Facebook) has invested in everything from undersea cables and satellites to autonomous drones broadcasting on the Internet. Although we can think of the metaverse as applications, it is actually infrastructure.

We’ve seen Meta partner with telecom giant Telefónica to build something they call the Metaverse Innovation Hub in Madrid. The goal is to accelerate network and device readiness through various trials and testing initiatives. In addition to providing local startups and developers with access to a 5G lab, where they can use an end-to-end metaverse testbed on Meta and Telefónica’s network infrastructure and equipment.

That said, many companies that can influence the development of the metaverse simply aren’t there yet. Telefónica is big, has deep pockets and needs to invest in the future. Others are also moving. China Mobile, Verizon and SK Telecom have moved quickly to create platforms based on merging the digital world with real environments as they seek to recoup 5G investments, but this is just the beginning.

But 5G investments cannot be recouped through traffic charges alone. Consumers are no longer willing to pay for traffic. Additionally, regulators generally do not support rising prices for basic services, and internet access is now a basic need. It is essential for telecommunications operators to seek new business models and new business flows to make their investment in 5G profitable. Maybe alliances with e-commerce companies can help. After all, Facebook, Amazon and eBay no longer pay anything for their consumers to access their marketplaces. This could eventually change as virtual reality becomes the new reality.

The built metaverse infrastructure should generate revenue from new trade flows. In other words, the return on investment should not result from the transfer of part of the income from the old infrastructure to the new, but rather from the creation of a new mode of consumption. A simple example is creating a route for self-driving cars with users paying to travel on the route.

For example, a metaverse might have a paid membership where users sign up to become a member. In this case, the revenue is generated for the infrastructure investor, not the content owner in the metaverse. Charges for guaranteed data rates, during a business conference, for example, should also accrue to the owner of the infrastructure, not the operator of the communication platform. There are also many other examples.

The question for telecom operators is whether they will attempt to regain control of both the consumers and the services that access the metaverse network. And of course, it depends on how early they enter the market and what grassroots work they could invest in to help grow the metaverse.

Vlad Dobrynin is founder and CEO of Humans.

Welcome to the VentureBeat community!

DataDecisionMakers is where experts, including data technicians, can share data insights and innovations.

If you want to learn more about cutting-edge insights and up-to-date information, best practices, and the future of data and data technology, join us at DataDecisionMakers.