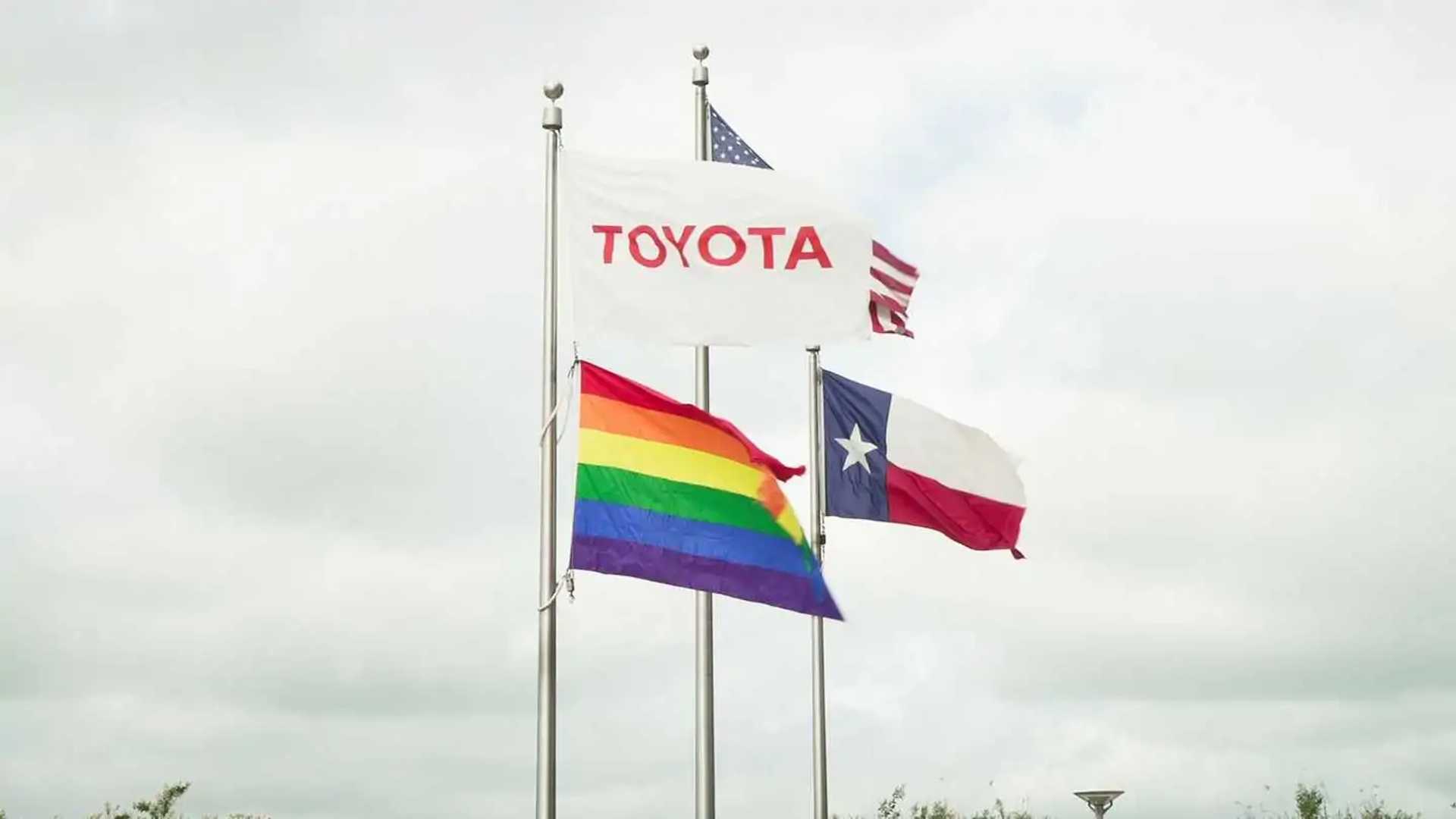 June is the month dedicated to celebrating Pride, with massive parades and other events taking place across the country. Last week, Toyota joined other major brands in sponsoring LA Pride, one of the biggest events in the country. A few weeks prior, however, Toyota and several of its franchisees had been identified as the largest corporate donor to anti-LGBTQ+ politicians by Data For Progress.

The activist group’s Pride Corporate Accountability Project presented a list of companies and their contributions to politicians who oppose or have opposed important legislation like the Equality Act, which would prevent discrimination against someone based on gender identity or sexual orientation across the country. The data gets even more specific, scoping out companies that also sponsor Pride events, and of that group, Toyota and its franchisees contributed nearly twice as much as any other with $601,500 in donations from 2019 to March 2022.

While the automaker’s participation in Pride events is a milestone worth applauding, the concurrent donations (even at the franchise level) to those in power who impede human rights progress are a disconcerting juxtaposition.

Most of the money came from Toyota Gulf States Inc., an independent distributor of Toyota vehicles, which gave Texas Governor Greg Abbott $580,000. The governor opposes the Equality Act and has taken numerous actions against LGBTQ+ Texans during his tenure. Most recently, the governor formally ordered state officials to investigate gender-affirming surgeries for trans youth as “child abuse.”

The same group of Toyota franchisees also gave $15,000 to Texas Attorney General Ken Paxton, who faced criticism this year for equating Austin Pride with “education on human sexuality” and alleged that the event violated Texas law.

“Please note that the overwhelming majority of political donations attributed to “Toyota” are unrelated to our company (Toyota Motor North American or TMNA). All referenced contributions except $5,000 were made by other companies in which TMNA ​​has no financial stake, influence, or control over how they handle their political donations. We respectfully request that the referenced company be clarified.

In response to this, Data For Progress communications director McKenzie Wilson said that “campaign finance researchers typically lump franchises together in the same bucket.”

She continued, “Most companies often use a complex network of PACs, subsidiaries, franchises, etc. specific to the state to mask their corporate donations and allow them to contribute more than they otherwise would when there are contribution or spending limits.”

This is not an isolated case in the automotive industry. General Motors – a company that signed the Human Rights Campaign’s trade statement against anti-LGBTQ+ legislation – also donated to politicians who voted in favor of such measures. Abbott was again the primary recipient of contributions totaling $48,500 over the past three years.

A GM representative acknowledged that the company signed the HRC statement and that its political contributions go to those officials whose ideas best align with its goals, apparently implying that this could also mean someone like Greg Abbott.

“GM’s employee-funded PAC supports the election of U.S. federal and state candidates on both sides of the aisle who promote sound trade policies, support working Americans, and understand the importance of a robust domestic auto industry as that we are pursuing an all-electric vehicle future. GM clearly articulates its commitment to the LGBTQ community in our company policies and we are signatories to the Human Rights Campaign Trade Statement opposing the state’s anti-LQBTQ legislation.

With complex business interests across the country, it’s no surprise that Toyota and General Motors choose to put their money across the political spectrum. But as we reflect on the social progress made this Pride month, it’s important to consider that sometimes corporate sponsorship and support comes at a cost.