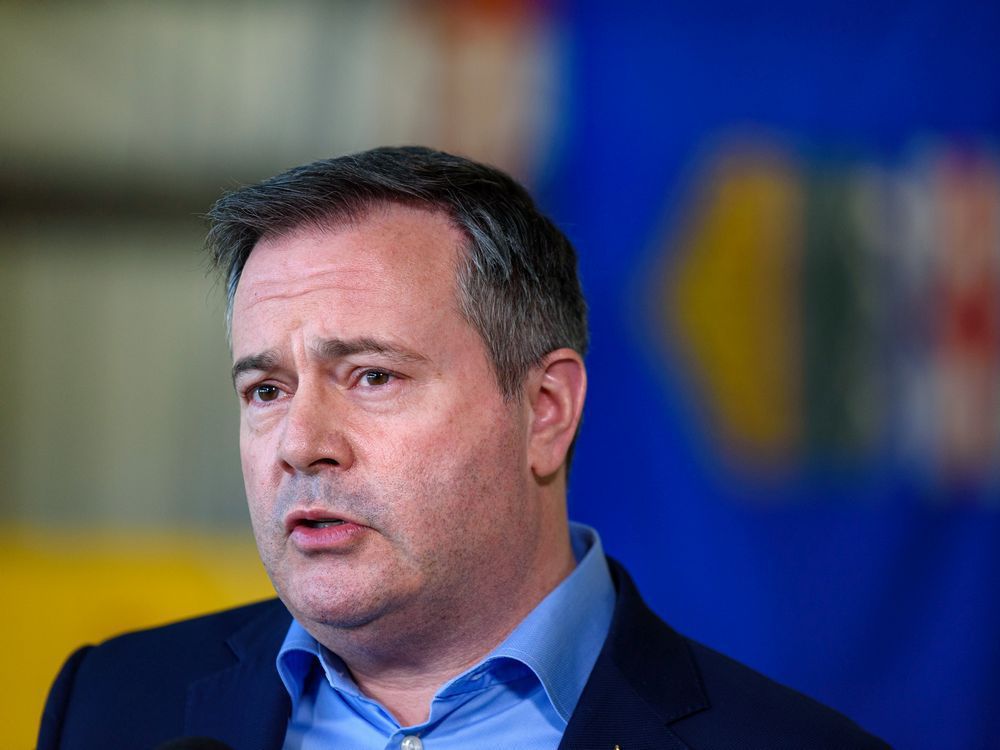 Here is an interesting game to play.

Which politician – Jason Kenney or Steven Guilbeault – made the following comments Thursday about oil sands operators asking for more government assistance to move forward with carbon capture, use and storage projects?

“These companies are making record profits, they should invest some of it to secure a future.”

“We have been very clear and these are companies that are extremely profitable. If they believe these types of investments are essential for their long-term future, I’m sure they can find a way to make it work.

For the record, the first comment came from Guilbeault, the federal Minister of Environment and Climate Change, to a Canadian Press reporter.

This last remark came from Kenney in an interview.

The premier of Alberta was asked if he was willing to open the door to provincial incentives for oil sands-related CCUS projects beyond what Ottawa already offers.

As you can see, there isn’t much light on this issue between the two men who come from different parties – and from very different sides of the political landscape.

“It looks a bit like a consensus,” said Chris Severson-Baker of the Pembina Institute, who supports the new federal investment tax credit for such projects but opposes additional financial incentives from the government. either level of government.

The issue of provincial assistance for businesses to build CCUS projects in Alberta has intensified since the Trudeau government announced the tax credit in last month’s budget.

Canada has set an ambitious goal to reduce its emissions by more than 40% by 2030 and reach net zero by 2050. Large industrial emitters are considering multi-billion dollar investments in such developments .

Companies across the country, such as chemical producers or oil sands operators, would capture carbon dioxide emissions and bury them underground or use them in industrial processes.

The investment costs are immense.

The economics are not simple – federal carbon pricing could change with a change of government, or carbon credits received for voluntary emission reductions might not have a high enough value in the future to offset the costs of operation and provide a return on investment.

“In our view, reaching net zero via technology is only achievable for the (oil sands) sector, but it will not be a walk in the park and is undoubtedly an expensive undertaking that poses substantial risk to investors,” BMO Capital Markets said in a report in March.

The new federal credit is set at 50% for investments made in the equipment needed to capture C02 in such projects, and at 37.5% for expenditure on equipment used for transport and storage.

However, it falls short of the 75% target that the industry was looking for.

“I think we’re going to need another policy, either a policy that gives some certainty to the price of carbon over the long term, or a policy that further reduces the cost of capital,” said Jackie Forrest, executive director of the ARC Energy Research Institute.

For oil sands producers nationwide, CCUS is seen as essential to reducing emissions and meeting federal 2030 goals, as well as meeting their goals of achieving net zero emissions by 2050.

A group of six major oil sands producers, including Canadian Natural Resources, Cenovus Energy and MEG Energy, have formed the Oilsands Pathways to Net Zero Alliance and are working together to achieve the goal.

They are examining the construction of a CO2 trunk line that would potentially connect 23 oil sands facilities to a storage facility near Cold Lake. The group is applying for underground pore space in the Cold Lake area through a provincial process.

They are also asking for financial assistance from Alberta.

Canadian Natural Resources President Tim McKay said on a first-quarter earnings call Thursday that the group needs to work with Alberta to secure the pore space and understand “how the province can help the trail project move forward.

MEG Energy CEO Derek Evans said the first phase of the group’s founding project would cost around $14.5 billion and capture 10 megatons a year by 2030, while creating thousands of permanent jobs and jobs. building in Alberta.

“We are very interested and look forward to when the province steps up,” Evans said on a conference call with analysts this week.

“As an industry, we’re going to need some extra help,” he said.

However, as the oil sector reported record first-quarter profits, it won’t get any extra money from Ottawa, Guilbeault said.

Kenny said Alberta will already be making a “multi-billion dollar contribution” to carbon capture developments because oil sands companies can deduct capital expenditures made on CCUS projects from royalty payments paid to the province.

“It’s a very important contribution. Plus, we cut their tax rate by a third,” he said of Alberta, which lowered the corporate tax rate to 8% nearly two years ago.

“I don’t think it makes sense to play a game of shells here and raise their tax rate to 12 (per cent) and just pass it through some sort of CCUS credit.”

There is a lot to do on this issue for all parties, including jobs, investment, royalties, the ability to increase low-carbon oil production, and the imperative to reduce emissions.

With oil prices approaching US$110 a barrel and discussions ongoing between the parties, expect similar comments from oil sands executives, more pushback from the Premier of the Alberta and the federal Minister of the Environment – ​​and to more pressure for governments to hold firm.

Chris Varcoe is a columnist for the Calgary Herald.

Sign up to receive daily news from the Calgary Herald, a division of Postmedia Network Inc.

A welcome email is on its way. If you don’t see it, please check your spam folder.

The next issue of Calgary Herald Headline News will soon be in your inbox.