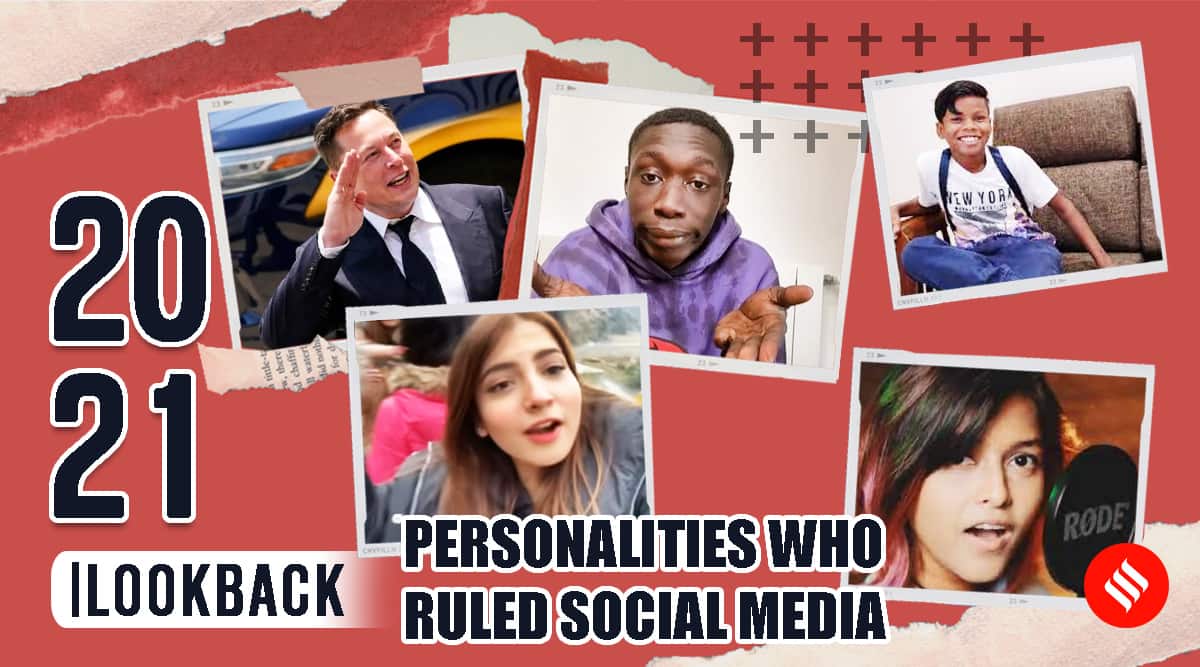 Yohani, Sahdev Dirdo and Dananeer Mobeen: Meet the top 5 viral sensations of 2021 that have conquered the internet

As the world struggled to get back to normal after a year of raging pandemic, people turned to entertaining individuals regardless of barriers created by language or nationality. Internet users have consumed funny videos, listened to melodious music, and at times decided to lash out at billionaires who are hesitant about tax reforms. All of these factors brought us to the people who made it to the list of the best social media personalities of 2021. Continue reading:

A young boy sang a local song in his classroom and became a viral internet sensation two years later. The scenario may seem unlikely, but that’s exactly what happened with Sahdev Dirdo. A 2019 video, shot by his teacher, showed Sahdev giving everything for â€œBachpan Ka Pyaar,â€ a local hit originally sung by Gujarati folk singer Kamlesh Barot. The innocent performance in which young Dirdo pronounces “bachpan” like “basman” has become a viral sensation.

Soon, this video and its many spinoffs toured the Internet. Rapper Badshah and singer Aastha Gill collaborated with Dirdo in a remixed version of the song and got five lakh views in a matter of minutes. Dirdo has also made appearances on reality shows and many celebrities including Kapil Sharma and Bharti Singh used his song in their content. Not just Indians but even foreigners groove to the rhythm of ‘Bachpan Ka Pyaar’. Such was the fame of the child that he was congratulated by the Chhattisgarh CM. The year 2021 has been a great year for the child artist, who is only just beginning.

If there is a trend that Indians and Pakistanis united in 2021 then it would be the clip â€œPawri ho rahi haiâ€ by Dananeer Mobeen. A brief clip shot by the 19-year-old influencer in the mountains of Nathaigali, northern Pakistan, shows a group of young people having fun by the side of a road. In the video, Mobeen gestures behind her and says, “Ye hum hai, ye hamari car hai, aur ye hamari pawri ho rahi hai (It’s our car, it’s us, and it’s our party that has place)”. The fun of the video is its deliberate mispronunciation of the word “party” as “pawri” which pokes fun at South Asians adopting Western accents.

The video immediately struck a chord in India and Pakistan and inspired everything to Topical amul social media awareness campaigns by the police. Yashraj Mukhate’s funky video mash-up made it even more popular and soon everyone from doctors, The politicians, soldiers, at celebrities joins the â€œpawri ho rahi haiâ€ trend.

Sri Lankan singer and songwriter Yohani Diloka de Silva proved that good music has no language barrier as she made the world sing with a Sinhala hit song. “Manike Mage Hithe” with Satheeshan Rathnayaka. The song caught the attention from the actors Madhuri Dixit, Parineeti Chopra and Tiger Shroff who danced to his rhythms. While Prithviraj Sukumaran recreated its melody in the cajon. The song, which has since been dubbed in several languages, made Yohani an overnight star in the subcontinent. This year, the 28-year-old started her Bollywood journey by singing the sound hindi version for the movie Thank God starring Ajay Devgn, Sidharth Malhotra and Rakul Preet Singh.

Elon Musk, a business mogul, space enthusiast, the richest man in the world, and Times Person of the Year for 2021 dominated not only the automotive and innovation world, but also social media. However, not all the buzz around him was positive. The billionaire has been surrounded by controversy throughout the year, whether with his tweets that touched the stock Exchange, or his ugly twitter spit on tax reforms with Elizabeth Warren and Bernie Sanders who annoyed internet users. His social media antics made so much noise that at one point even he joked about quit your job and become a full time influencer.

In 2021, Khaby Lame became the second most followed Tik-Toker. The 21-year-old started making videos after being fired from his job due to the pandemic in 2020. Lame then moved to his parents and started making simple yet hilarious Tik-Tok videos. His videos, which follow more or less the same pattern, make fun of the so-called â€œlife hacksâ€ and offer even simpler solutions. Interestingly, most of Lame’s videos have virtually no dialogue or special effects. This simplicity is perhaps the reason for the universal appeal of its content.

Bernie and his mittens

As Joe Biden and Kamala Harris were sworn in as President and Vice President of the United States in January of this year, something else caught the eye of netizens – it was a photo of Bernie Sanders wearing a ‘huge knit mittens. His now famous mittens were made by Jen Ellis, teacher, who used recycled wool sweaters and recycled plastic bottles to make them. Bernie and His Mittens not only became a meme, but also helped charities raise millions. Everyone from Kerala Tourism at food lovers used Bernie’s photo from the day of the inauguration to spread the joy on the internet.

That much, BTS does not need an introduction. In 2021, the South Korean boy band entered the Guinness World Record Hall of Fame, breaking 23 different records. Plus, they addressed the United Nations, performed at sold-out concerts, and garnered millions of followers within hours of launching their personal Instagram accounts. With 3.89 billion views, their song “Butter” saw the biggest YouTube premiere in history. The septet also won the Billboard Hot 100, was nominated for the Grammy Awards, and won awards at MTV VMA. It’s safe to say that right now BTS is one of the biggest music groups in the world.

“Spider-Man” is a box office hero. Is Hollywood in a post-movie star era?